When you visit places, such as Rancho Mirage in Palm Springs, the architectural style will automatically capture your eye. This design captivates, as it represents the mid-century modern Palm Springs dwelling. Because of this style, Palm Springs has been put on the map for its retro architectural designs and appealing home styles.

In fact, this architectural style draws people from around the world two times a year to the desert oasis. Guests to the city come to view residences or commercial buildings that have been lovingly rehabilitated over time. The buildings were constructed during the housing boom that the city experienced after the Second World War.

After World War Two, the building of mid-century modern Palm Springs homes led to a large increase in the city’s population. People migrated to Palm Springs because the real estate was solidly built and conveyed an attractive and contemporary design.

However, the concept of the idea was already established in 1924. At that time, Lloyd Wright, who was the son of Frank Lloyd Wright, designed the Oasis Hotel. Built with concrete blocks, the hotel represented the flat style roof and block styling of the mid-century building style. Click here to read more and review mid-century real estate listings. When you look at the pictures, you will easily grasp why the design is so popular.

Because of their mid-century modern Palm Springs building design, communities, such as Palm Desert and Rancho Mirage are well-known, if not fabled places to live. The communities tie their properties’ histories to well-known architects – many of who were influential during the 1950s and 1960s.

Some of the famous names include John Lautner, Richard Neutra, William F. Cody, and John Porter Clark, just to name a few. You might say that Palm Springs is one place that carries a lot of influence when it comes to architectural history.

You can find several of the mid-century estate-style properties, built around 1964, for sale today online. Wouldn’t it be great to fix up a car from that time and park it in your driveway? Large and contemporarily accessorized homes typically feature 5 bedrooms and 3 baths and have histories that are worth exploring. For example, some previous homeowners were either celebrities or developers.

Homes normally are updated and re-imagined with smart-home technology. You can find many of the homes sitting along golf fairways or privately surrounded by lush green trees and bushes.

Real estate buyers love mid-century features, such as dolomite-designed fireplaces flanked with inset marble, or interiors that have been enlivened with terrazzo tiles or custom cabinets. You can truly enjoy resort-style living, in many of the properties. Houses feature inground pools and come with breathtaking mountain views. Firepits and built-in barbecues add to the real estate package.

An Important Buying Decision and Experience

Mid-century homes are part of Palm Springs’ illustrious past. So, when you seek out this type of property, you are, indeed, engaging in an important experience – one that is significant residentially and historically. 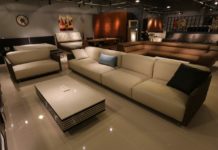 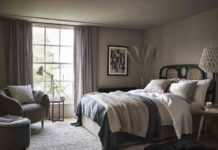