The Melbourne Cup is known as The Race That Stops a Nation for a reason. On the first Tuesday of October every year, the country holds its collective breath to see who will claim Australian horse racing’s most coveted prize, and while most people understand the basic details of the event, here are five Melbourne Cup fun facts that you might not know.

The very first incarnation of the event was held way back in 1861, when the famous Archer won the first of his two Cups in dominant fashion. Since then, the Melbourne Cup has been held each and every year, meaning it has been run an incredible 160 times in total. In that time, there have been a total of 154 different horses to be first past the post in the nation’s biggest race.

2. Makybe Diva is the only horse to win three Melbourne Cups

With 154 different winners in the 160 times that the race has been run, clearly it’s a rare feat for a horse to win the Melbourne Cup on multiple occasions. Five horses have managed it – the aforementioned Archer the first two times it was run, Peter Pan, Rain Lover, Think Big, and of course the incredible Makybe Diva. The first four managed it on two occasions, but Makybe Diva went one better, winning the race with jockey Glen Boss aboard three consecutive times between 2003 and 2005.

3. Michelle Payne was the first female jockey to win the Melbourne Cup

It took 154 years, but when Prince of Penzance saluted in the 2015 Melbourne Cup, jockey Michelle Payne made history as the first ever female jockey to win the event. Making the victory even more incredible was the fact that Prince of Penzance, a gelding out of New Zealand, was given virtually no chance to win the event, with some bookmakers offering as much as $101 odds for him to win when the race jumped.

If you ever ask yourself why is the Melbourne Cup so special, this number should go some way to answering your question. First place enjoys a $4.4 million prize, second earns $1.1 million, while even the 12th placed horse will earn $160,000 for its connections. It’s a far cry from the winnings earned back when Archer was winning in 1861 – it’s generally reported that in that race, a total of £710 was given to the winner.

5. Kingston Rule ran the fastest ever time at the Melbourne Cup

It was in 1990 that the American-bred Kingston Rule broke the record for the fastest ever finishing time at the Melbourne Cup, and 21 years later that record is still standing. It was a fast run race, with the top four all finishing within a couple of lengths of each other, but Kingston Rule was first past the post in a blistering 3:16.30. A number of other horses have gone close since: Media Puzzle ran the 3.2 kilometres in 3:16.97, while both Protectionist in 2014 and Twilight Payment last year ran it in under 3:18, but for the time being Kingston Rule’s time still stands alone.

With a plethora of quality horses all putting their hands up for 2021 Melbourne Cup favouritism, perhaps this could be the year that Kingston Rule’s 21-year-old record is broken. But whether or not that record is challenged, it promises to be another thrilling edition of the Race That Stops a Nation. Handling the Art of Slot Machines The Most Beloved Old Classic Movies Products, According to Reviewers 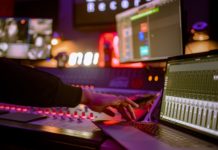 Why Celebrities Are Obsessed With Afrobeat

at a minimum, an animal should be closely monitored for anesthetic recovery until it:,

Are you threatening me gif?

are you there god it’s me margaret deadpool,

As the size of the sample increases, what happens to the...

assuming that this force is constant, what is the magnitude j...

assume string1 is a character array. which of the following operations...

5 Best Tactics to Use for Writing a Thesis